The Highs and Lows of Showjumping 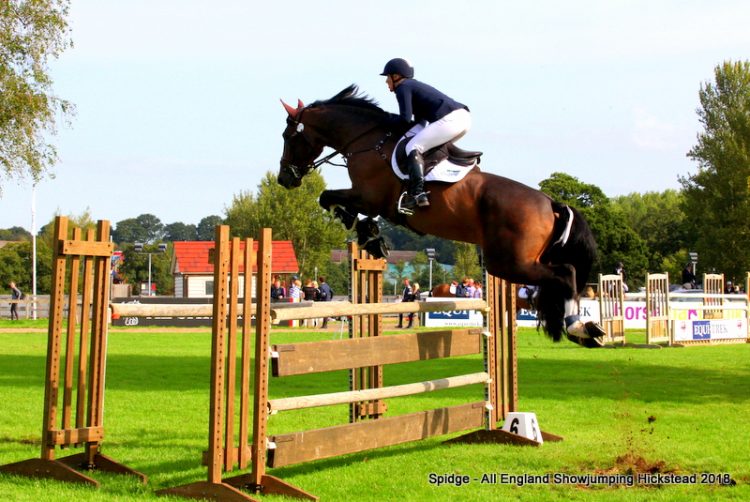 Having come back from an amazing show at Weston Lawns, my next show was Stonleigh Showjumping Championships. The horses were amazing yet again. One of the highlights was History, he jumped three stunning clear rounds to gain 3rd in the Big Star 6yr old final ! I was thrilled ! I couldn’t have asked for more of him. The following day we drove back up Friday for the Newcomer Masters –
Dakota and I qualified for this class by producing a triple clear in the Newcomer Second Rounds at Brook farm back in June.
Dakota jumped a foot perfect round over a very technical track, which got us through got to a nail biting jump off!
We produced a quick clear in the jump off to come 6th. I was absolutely thrilled because not only had I got in the top 10, I had claimed a valuable ticket to the 2018 Horse of the Year Show at Birmingham NEC Arena!! This has been a dream come true for me ! I was so so happy, the champagne was out and flowing!

This has to be the highlight of my year (so far!!). I have been trying to qualify for HOYS for years, the last time I was there was in 2014 with Ascon Z.

The next few shows came up thick and fast with Addington Young Horse Championships coming and going, again both 6yr olds produced some beautiful rounds, picking up a few equal firsts. Both horses qualified for the final where History just had the last fence in the 6yr old non British bred final and Dakota again produced another good round, picking up a 5th in the 6yr old British Bred final.

With the outdoor season coming to a close, the last show I had on my calendar was Hickstead, History and Dakota were both entered in the 6yr olds, this course was not only huge, it was on grass. I haven’t done much jumping on the grass with the young ones so it wasn’t just the height they had to contend with there were the undulations also, this made it a big ask for them all.
History jumped a lovely round, however, he was a bit green so we had to have a circle to regroup after he ballooned over an oxer, this was a real shame as to qualify for the main ring we needed to produce a clear, the circle meant we incurred some penalties.
Dakota coped really well producing yet another clear which qualified for him the main ring. We then went on to come 9th. Hickstead has to be one of my favourite venues, the ground is always perfect, and the main arena has got to be one of the best in the country!

History and Dakota have come on so much since the start of this outdoor season, I couldn’t have asked for any more out of them.

After Hickstead all the horses were booked in for our routine check up at Rossdales, Newmarket. I like to make sure that at least twice a year I take them up just to make sure all of the horses are in the best shape that they can be.

Mum and I booked to see Rachel. The horses were trotted up and we were given some bad news on Dakota ! Unfortunately even though he has been performing well it turns out he has a collateral ligament injury, which Rachel then proceeded to tell us that he would have to have three months off – this rules me out of Horse of the Year Show.
Absolutely devastated!! I was on a roll and didn’t expect that news!
However, as I have been told, we are lucky in some respect as if we had gone into the indoor season without having had him checked by Rossdales we would have never of known, until the day that Dakota went lame, possibly doing a more severe if not permanent injury.
I can’t say I’m currently feeling very lucky, but this is the way it goes, cross fingers Dakota will be back up and running in no time.

My current plans are to crack on with the 3 year olds so they are broken and riding away, ready for the start of January.
I am hoping to get out to a couple of local shows to prepare for the indoor premiers for History and Ascon Z, where I am hoping to step History up to jumping a few 130cms, and Ascon some 140/145 classes !