Some new prospects and starting to move indoors for the winter season! 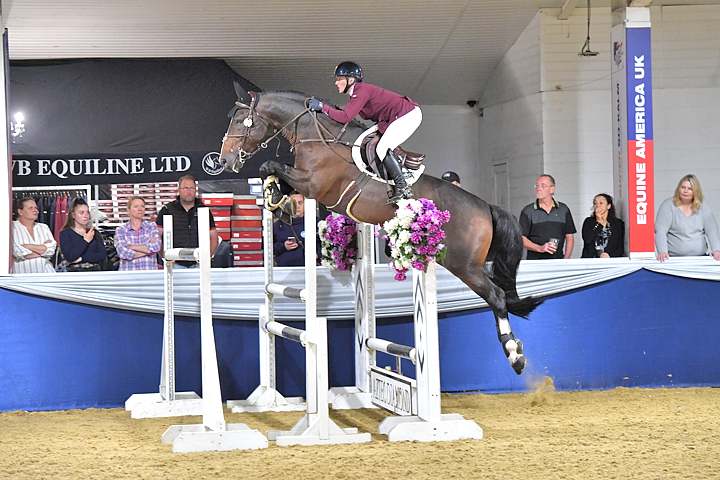 We didn’t go to too many shows at the end of summer, just lots of training events to keep getting the horses out.  Dodger, Astwick’s First Chance, Zirocco Van De Eijkhof and Cornet Royale gained so much confidence in the ring because of this! Resulting to both Astwick’s First Chance and Zirocco Van De Eijkhof being sold! They both have fantastic homes and I will follow their progress closely!

With two horses sold it meant that we could welcome four new ones to the team.

Since welcoming the new horses we have been flat out working with them. I can’t pick a favourite as all of them are so talented.

Aurora is very sensitive, she finds everything a little daunting, she likes to please and gets worried if she doesn’t get it right.

Lady is a tricky one, she has done a couple of training shows with us and has jumped brilliantly both times. But she knows how special she is and already thinks she knows everything there is to learn 😂! I work very hard at home to keep her work interesting, when she finds it too easy and doesn’t have to use her brain she finds other ways to entertain herself !

The 4 year olds are very different, we are working hard to break in. My mother does the long reining which is a talent on it’s own! She does a brilliant job which means that when I get on for the first time most of the aids are already in place – this certainly makes my life a whole lot easier. It won’t be long before these two are under saddle and going to some local shows! I can’t wait.

With the horses coming along in leaps and bounds I wanted to set us up for the winter season. Getting the horses indoors early at shows that all the horses could go to. Two ends of the spectrum to cater for, Lady being the greenest and Hamish jumping the bigger tracks.

We made a plan to do Arena Uk festival of showjumping. This was a 7 day show towards the end of September. I like this show, we have so many days to jump that if we don’t get something right one day we can have another go later in the week. Most of the horses will jump 3 days out of 7, 4 days at the very most. They all seem to enjoy the experience.

My plan for Arena UK was to jump Aurora in the 5 year olds, not only was it scheduled to run indoors, (which was a great experience for her as I hadn’t jumped her indoors), but it’s a good class to judge her progress against the other 5 year olds.

For Lady I wanted to keep it small and easy so to continue to jump the Discovery, with her it’s not the height it’s just achieving the ride ability.

Cornet Royale is coming into a league of her own, she has stepped up to Newcomers confidently so the plan with her was to see what she made of indoors and whether she coped well jumping inside. Hoping to step her up to jump her first Foxhunter.

I wanted Dodger to gain more mileage indoors and hoped to get a better ride on him, sometimes he can get quite strong! The reason he is strong is actually the opposite of what everyone probably thinks, he isn’t strong because he is powerful and rude, he actually finds it very hard to balance, he puts so much effort and power into his jump it takes him a few strides to be able to sit back up and balance again, so for him going indoors will be hard work and difficult.

History went to Arena after having a bit of rest time, my plan was to step him up to jump the Major Grand Prix. Because he is so sensitive I didn’t want to start off straight into the 140, we needed to keep him confident. So I jumped the 130 which only left me one chance to qualify for the GP! However, I know History inside out and was confident that it would be better doing it this way so he can believe in himself rather than make a silly mistake and need to be dropped down. I wanted to set him up correctly for the Grand Prix.

The show was a huge success producing the following results:

Aurora -placed in the newcomers but her best achievement was 5th in the 5year old Grand Prix.

Lady- she was placed in her classes she jumped some good clears but being so early on in her career we didn’t jump her against the clock just used the rounds to get some mileage on her.

History – jumped brilliant in both the 130 and the 140 getting placed. However the hi light of the show for me was his round in the Arena Uk Major Grand Prix this was probably the biggest round he has jumped especially indoors but he was fantastic unfortunately rider error caused us to have the last double down however we still came 11th as it was a tough track with only 6 clear rounds !

Whilst I’m away at the shows I have a fantastic team at home; Sophie comes in to look after the ones we leave behind and of course my mum, who worked very hard on the 4 year olds so that I could get on them!

Roll onto the next few shows with the plan being to hit the Winter classic shows.

These are great to progress all the horses History to help build on what we learnt jumping the Grand Prix and the young ones being more consistent on a bigger stage.

First stop Aintree and the next will be Keysoe.

« Fantastic shows and yet another lockdown !! Aintree Winter Classic »