Back out to shows! 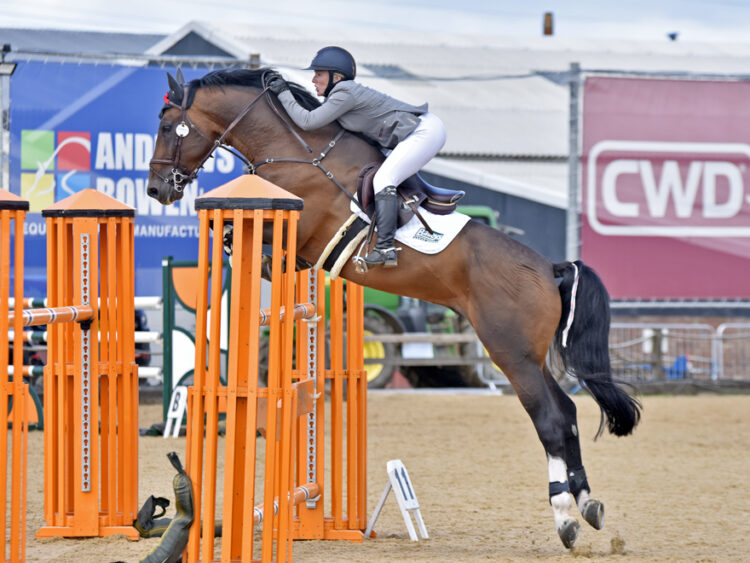 I’m glad to tell everyone that shows are back! I have managed to get the 4yr olds, Lord and Flynn, out to a few. They have been super – going straight into the ring and jumping clears in the Novice classes. The Covid lockdown has had its advantages, it has given me a chance to be much more consistent with the training of the young horses. It’s so satisfying when the hard work pays off – they have been posting brilliant rounds at some local competitions.

On the 15th of July Arena UK ran their second round show. This was a fantastically run show, they dealt with all the new COVID 19 protocols in an amazing way, in fact I think that the show ran better as it was so well organised. Credit to Arena UK team – they did a fantastic job.

I took most of the horses to the show: Lord, Flynn, Simba and Hamish. The horses jumped brilliantly with both Lord and Flynn jumping clear with placing in the Novice. Lord even won his class. Simba was placed both days in the Discovery with a win and a 3rd. Hamish had his first show in ages and jumped a brilliant double clear and came 6th in a very speedy 130.

After having such a great show I decided to enter the late July Weston Lawns Young Horse Show. I decided to put Hamish in his first Grand Prix. I love planning and working towards classes as I find it so hard to motivate myself if I don’t have an aim for both myself and the horses.

During July we were expecting the arrival of two foals, one out of my jumping mare  Portlaoise Errigal Cat and one out of Con Girl. Very sadly Portlaoise Errigal Cat aborted her foal. Sometimes breeding isn’t always straight forward. However Con girl produced a gorgeous colt out of Cornardo who will definitely be one to watch. He has beautiful confirmation and a good amount of bone. So fingers crossed he will turn into another superstar in my team !

A couple of weeks down the line and we were packing for Weston Lawns. As per normal I took everything bar the kitchen sink! I had two Four year olds going for the age classes, Simba for the discovery and newcomers and Hamish for the 130 and the Grand Prix.

The horses were incredible. Lord qualified for the 4 yr old final, he jumped some lovely clear rounds. Flynn jumped so brilliantly on day one that my phone didnt stop ringing, this resulted in Flynn being sold. He’s going to a brilliant rider so without a doubt I will see him jumping in some Grand Prix’s in a few years to come.

Simba also jumped super, coming home with 3rd and a win, he also stepped up in height and posted a lovely round in the newcomer class! But my highlight of the show has to be Hamish. I jumped him the first day in the 130 where he jumped a lovely double clear to come 8th. He then had a day off jumping so he would be fresh for the Grand Prix. He jumped super !!! Posting a lovely clear around a very difficult track ! We went on to get placed just out of the top 10 in 11th place. I was absolutely over the moon with him, in fact, I am still on cloud 9 ! He gave me such an amazing feeling and never once felt out of his depth. He really is one for the future. I can’t wait to see what next year brings!

Coming away from having a show like that is the best feeling. We have decided to give the 4year olds a bit of a break. We will just work at home on the flat to get them a bit stronger. As Lord especially has a lot more growing and strengthening to do and we don’t need to rush him. He is doing so well for his age and definitely just needs time to mature and grow into another Hamish !

Whilst I’ve been plugging away in this country Elisabeth Meyer has been working wonders on Dakota in Europe. She has jumped round a few 145cms classes where Dakota has not touched a pole and been placed highly in every one. I’m so excited watching him turn into a super Grand Prix horse. At the end of August I will head out to watch him compete !

« Corona stops shows (but not training!) Stepping up ! »